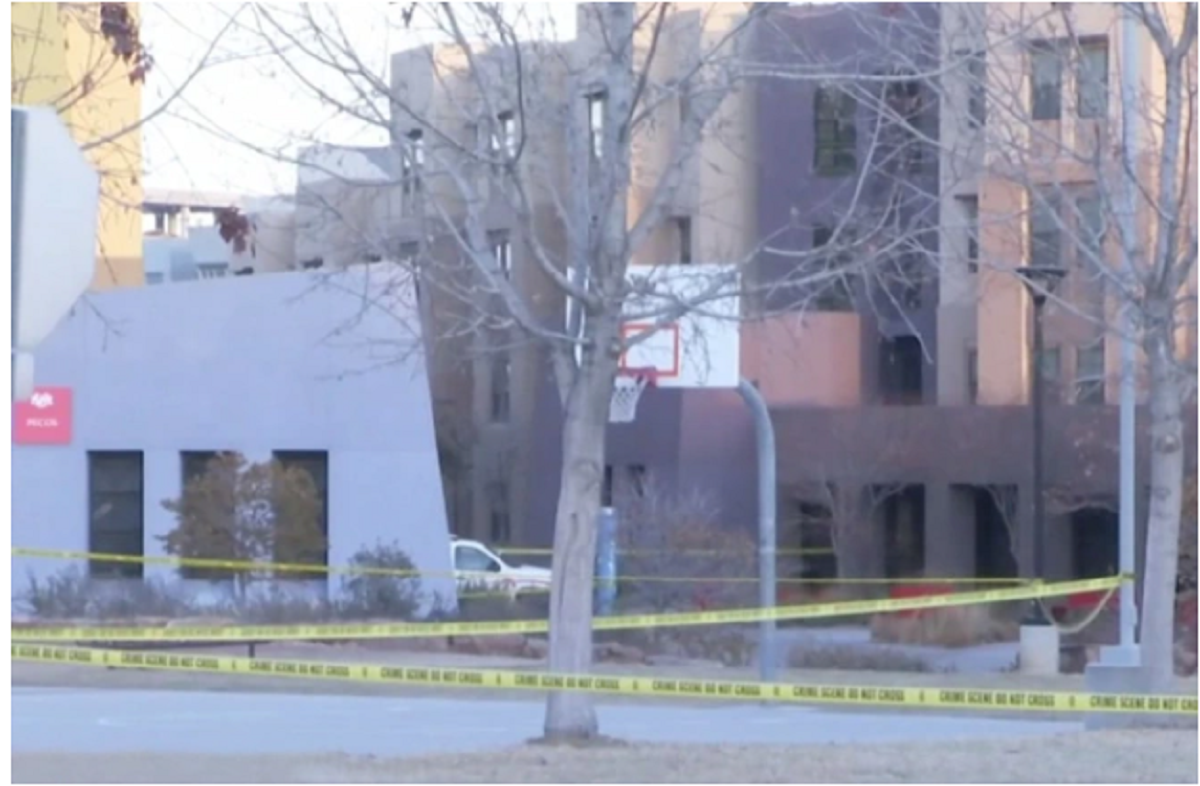 A shooting on the University of New Mexico campus has left a 19-year-old student dead and a 21-year-old basketball player injured, according to local reportsCredit: KOB 4

A SHOOTING on the University of New Mexico campus has left one teen student dead and a college basketball player injured, police said.

The shooting occurred early Saturday morning, hours before the two state schools were coming together for a heavily anticipated basketball game. The event has since been canceled.

The 19-year-old was declared dead at the scene while Peake was rushed to the hospital where he remains in stable condition, police said.

Cops believe a fight broke out between four people near multiple UNM dorms which led to the shooting.

Two of the four people got away and remain at large, but police said there’s no threat to the public at this time and deemed the shooting a “singular incident.”

Photos of the active crime scene show investigators taping off the normally busy area in the middle of the residential buildings.

The University of New Mexico athletics department released a statement that acknowledged the shooting and announced that the game was canceled.

“Our thoughts are with all of those impacted by this tragedy,” the university department wrote.

While officials have yet to name one of the victims as Mike Peake, multiple sources reportedly told Las Cruces Sun-News that he was the one injured.

At least 14 killed in two attacks in Burkina Faso